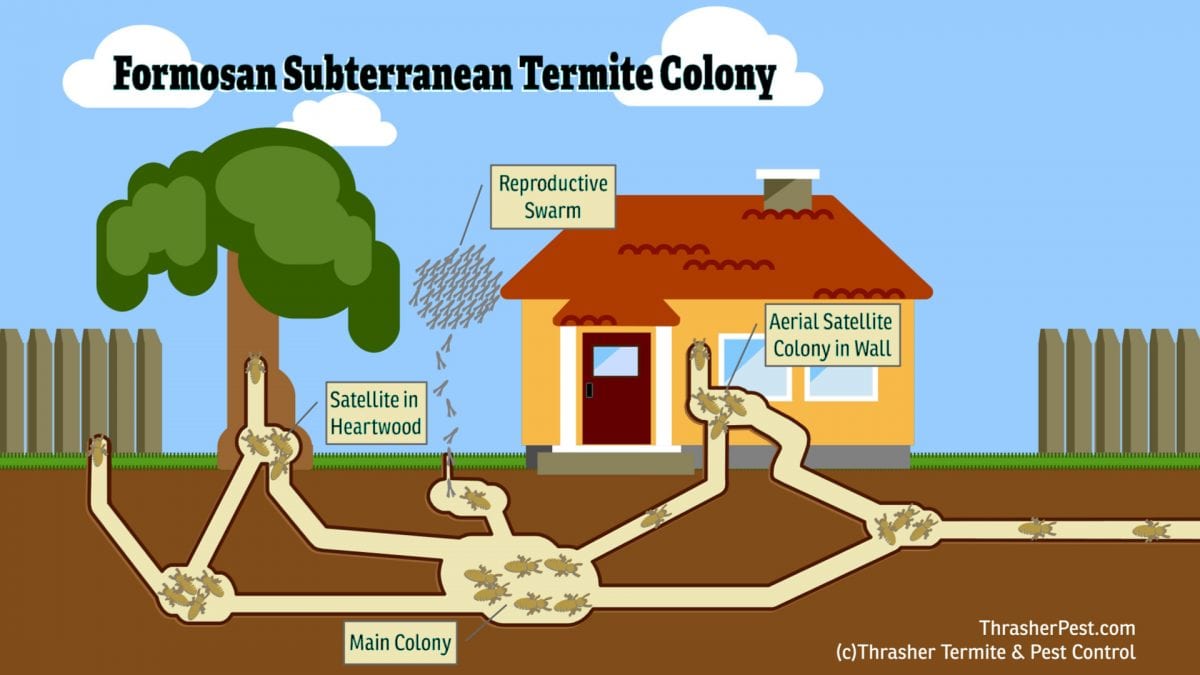 Formosan termites have been known to attack over 50 species of living plants, including citrus, pepper trees, wild cherry, cherry laurel, ash, sweet gum, cedar, willow, wax myrtle, Chinese elm, live oak, and white oak. Formosan termites are aggressive eaters and have been known to chew through non-wood materials in their search for wood. They have attacked plastic, asphalt, plaster, rubber, and thin sheets of lead and copper metal. The creosote on utility poles does not deter Formosan termites and is at great risk of damage. Because Formosan termites survive in the yard as well as the house, it is important to inspect and treat the area surrounding an infested house.

Let us know what you think

See all
See all