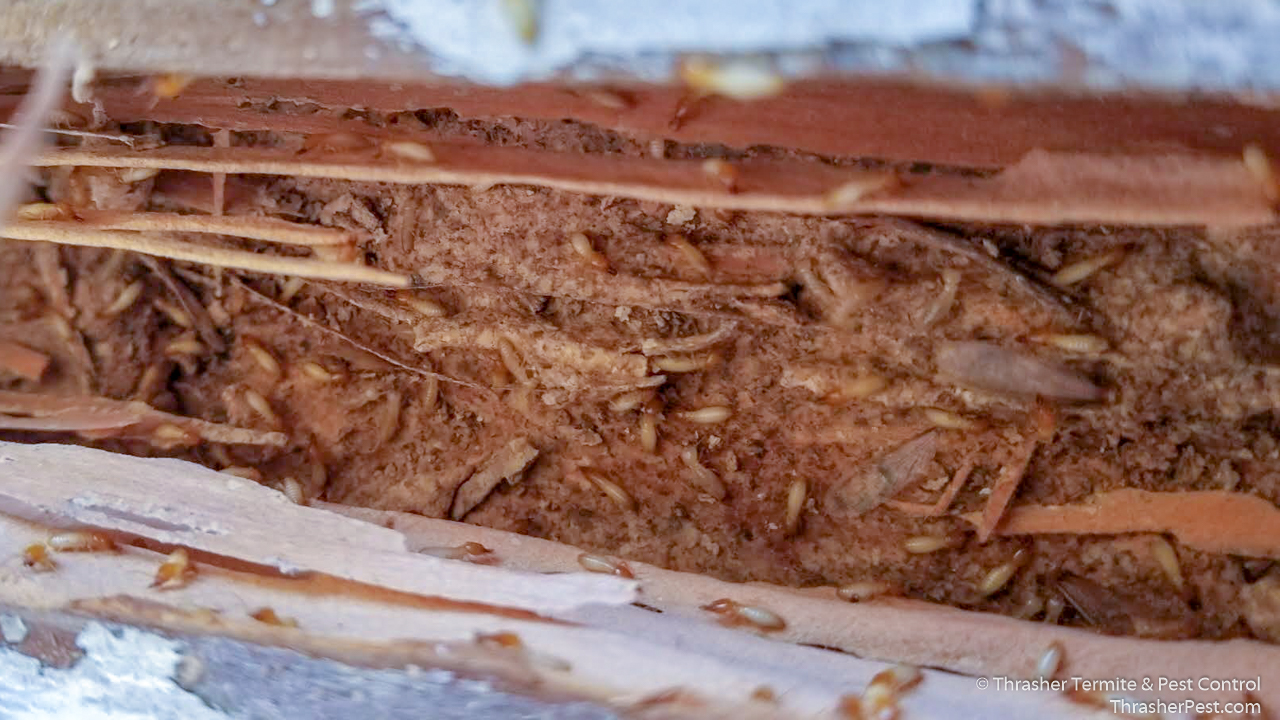 When mature, Formosan termite colonies send out swarms of winged reproductives to establish new colonies. After a flight of 20 to 50 yards (unless carried further by the wind), the termites pair up, lose their wings and seek small crevices in moist wood to begin a new colony.

It takes only 3 years for a Formosan termite colony to grow from one mating pair to over 2 million foraging workers, soldiers, a primary queen, and several secondary reproductive termites. A mature colony can have a population of over 10 million Formosan termites.

The foraging territory of a mature Formosan termite colony is several thousand square feet. That means when Formosan termites are found, your house, your trees, your fences, your neighbor’s house and trees, and nearby utility poles are all at risk.

In addition to eating structural lumber, Formosan termites have been known to attack over 50 species of living plants, including citrus, pepper trees, wild cherry, cherry laurel, ash, sweet gum, cedar, willow, wax myrtle, Chinese elm, live oak, and white oak. Because Formosan termites survive in the yard as well as the house, it is important to inspect and treat the area surrounding an infested house.

Formosan termites are aggressive eaters and have been known to chew through non-wood materials in their search for wood. They have attacked plastic, asphalt, plaster, rubber, and thin sheets of lead and copper metal. The creosote on utility poles does not deter Formosan termites and is at great risk of damage.

Signs of termites include mud shelter tubes on slabs, foundations, or piers; tiny holes appearing in walls, ceilings, or hardwood floors; painted wood that appears bubbled; bulging walls; sagging floor; a chewing sound coming from the walls (yes, some people can detect this sound); winged termites. In particular, get familiar with the appearance of a winged termite. Winged termites look like plump grains of brown rice with four long, narrow wings. The wings are at least two times the length of the body of the insect. The body does not have a narrow or pinched waist. 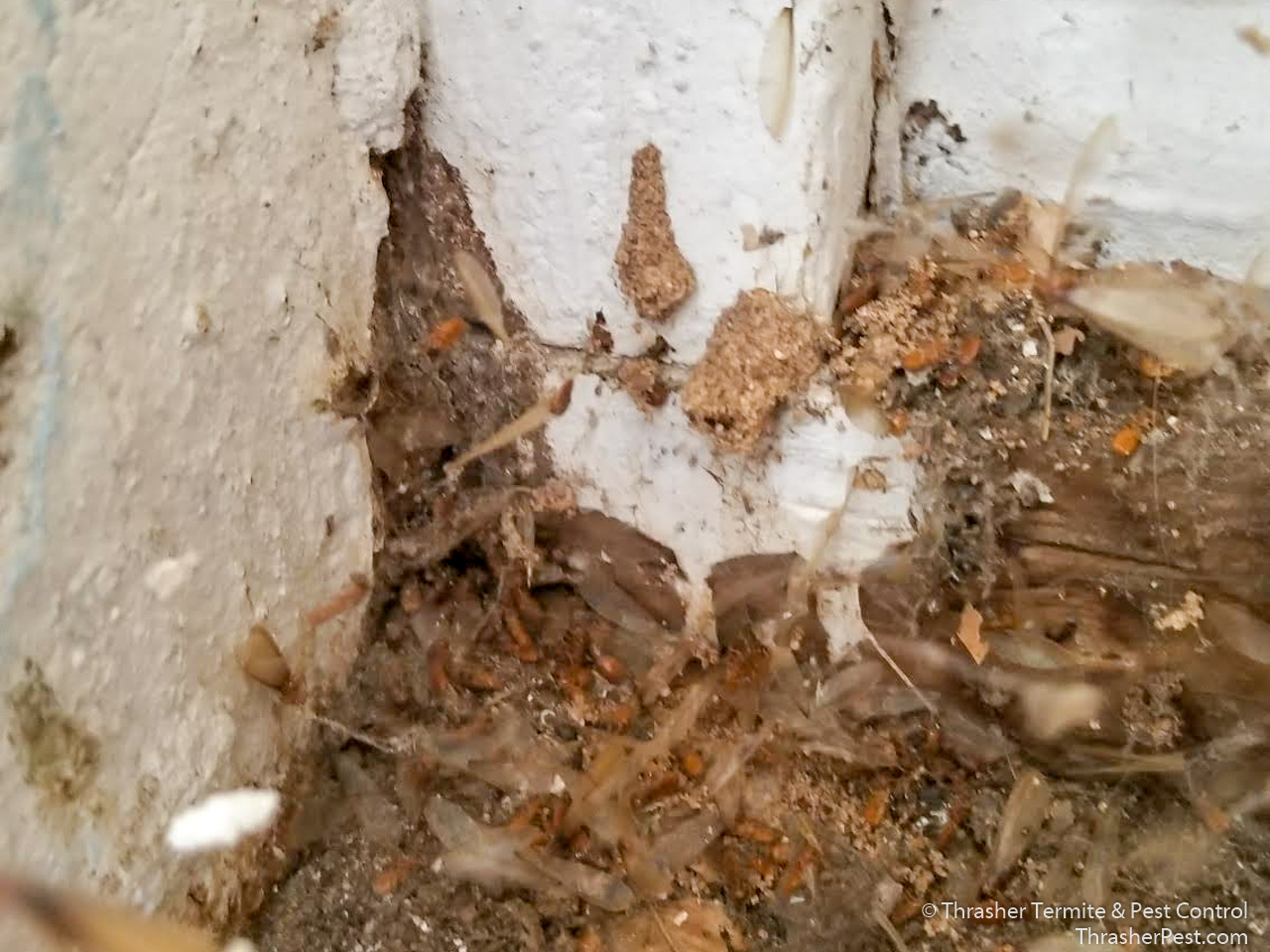 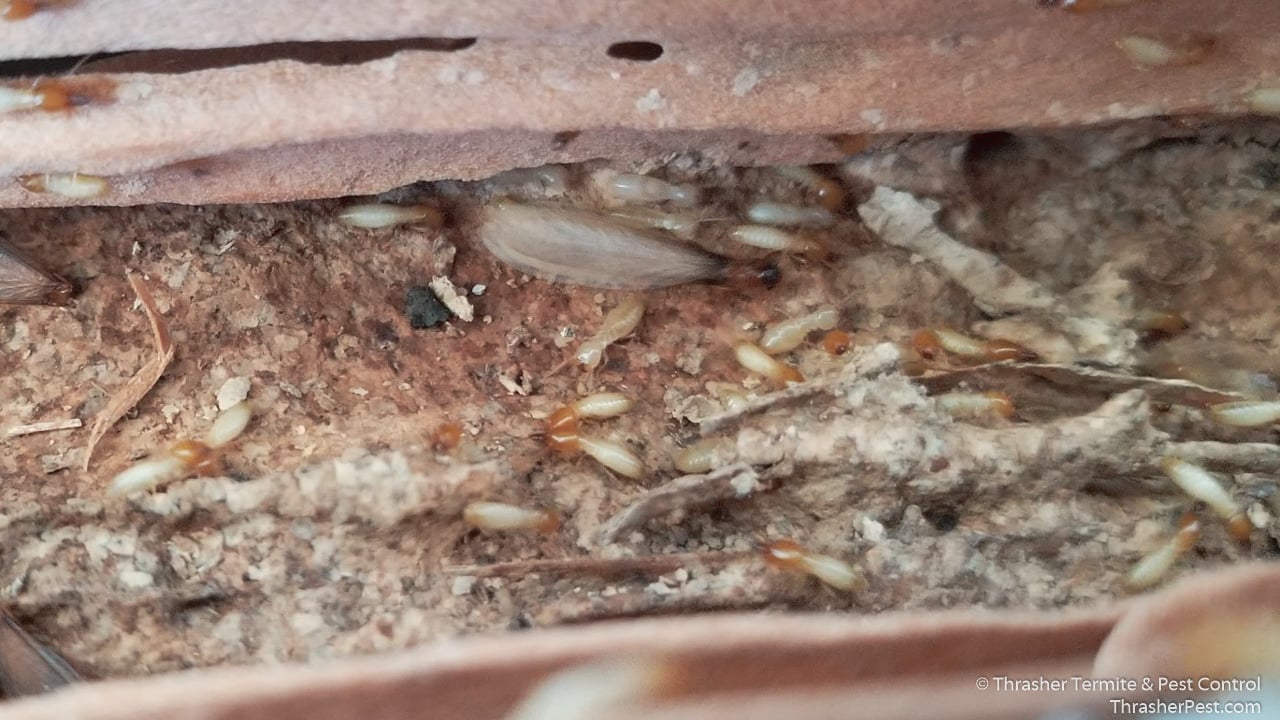 In severe infestations, Formosan termites form nest-like structures in hollow spaces and wall voids with a combination of termite excrement, macerated wood, saliva, and soil. These “carton” nests are constructed near a feeding site. A single Formosan termite colony may have several of these auxiliary nests containing secondary reproductives. One sign of these hidden nests is a bulging wall.

When Formosan termites swarm, what should you do? Turn out the lights at night, especially porch and garage lights. You do not want to attract these pests to your house. To keep them out, the best defense is to make sure there is no wood touching both the soil and your house. Get rid of attached trellises or tree branches that touch the house. These termites like moisture, so repair leaking faucets and air conditioning units and keep sprinklers from spraying on your house. And drip irrigation–keep that away from your foundation. 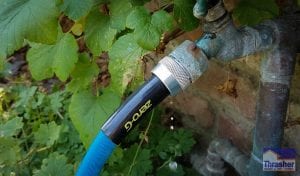 Water leaks and over-spray are your enemies when

Let us know what you think

See all
See all